A 12,320-square-foot expansion by DeLong’s Inc., Manufacturing at the northeast corner of Harding and Harvey in Sedalia will nearly double the workforce of the bridge-producing company, it was announced Thursday morning by EDSPC (Economic Development Sedalia-Pettis County).

The business of fabricating bridge parts has grown so much over the past 20 years, that it has become a vital part of DeLong’s overall operation, Bachta said. “The next logical thing for us to do is expand, and not only do fabrication, but go ahead and have a painting facility, to be able to paint and store finished product,” Bachta explained.

The idea to expand has been percolating for about 10 years. Delong’s was approved by MoDED for $76,837 in tax credits for the $1.5 million investment that will create 20 new full-time jobs.

Currently, Delong’s employs 20 people at their facility at 131 South Harding. The new facility, which will eventually employ 22 more, will be located across the street on a five-acre plot.

Now that the official decision has been made, construction will begin and the company hopes to have the first phase of the expansion in operation by the end of the year.

“We will be able to clean steel, and by the end of the first quarter, we hope to have a painting facility open,” Bachta said. “It’s a very aggressive schedule, and we already have work that’s earmarked for this facility. We’re really excited to be a part of this community, a great community to do business in. We’re really appreciate of all the help we’ve gotten from the economic development people. We look forward to an operation that will grow from here and I thank you for that.”

In additional to structural steel, DeLong’s produces ornamental railing for local contractors. The company began operations in Sedalia in 1963. Overall, DeLong’s employs 180 between it’s Jeff City and Sedalia plants. The Sedalia plant was originally a joist operation, Bachta explained. The joist market faltered in the ’90s, at which time the decision was made to expand the company’s bridge business.

According to DeLong’s website, the company is certified by the American Institute of Steel Construction for major steel bridges and complex steel buildings with endorsements for fracture critical members and sophisticated paint systems. They have been an AISC Category III Shop since the program’s inception.

“The business community is very friendly, Bachta said after the announcement was made at EDSPC headquarters at 2615 W. Broadway. “We found that t

here is an abundant supply of talented people to hire. We invested in this community some 50 years ago, and o

verall it has been a positive experience … what we do here compliments the work we do in Jeff City.”

The $76,837 in Enhanced Enterprise Zone tax credits are a big bonus, according to Bachta. “We really appreciate any help we can get in an economic environment such as this,” he said.

Some of the criteria the sta

te of Missouri requires for EEZ tax credits involves physically being in the zone, providing health care for its workers, and investing a certain amount of funding for the expansion. The wages must be 75 percent of the current prevailing wages in Pettis County. DeLong’s EEZ application was approved on March 27.

EDSPC executive director Linda Christle noted the extensive work that was done behind the scenes for five years before the announcement, adding that there was only one other company she worked with where it took five years to complete the expansion mission. “I have to commend the company for their persistence, with many trips to Jeff City,” she said. Finding the land to buy was one of the major hurdles to overcome in the expansion process. “But we’re really excited for the company and the community with the creation of jobs,” Christle said. “It’s always a good thing to see a company grow. And it’s always a huge compliment to the community when a company expands,” she said. 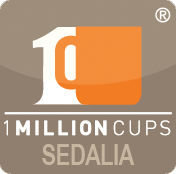